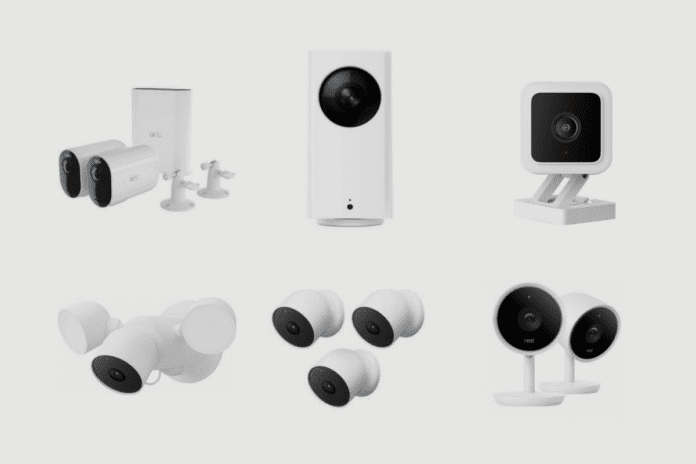 When I decided to build my smart home ecosystem around Google Assistant one key thing that stood out to me was building a proper security system to keep my family safe. I mean what good is a smart home if I can’t feel safe in it and that’s what I set out to do. I needed to find a setup that was compatible with my Google Home app.

So, I set about my task with much haste and the first thing on my list was getting a suitable set of security cameras that could do the job. However, after going through Amazon to find a good security camera I found out that there were a lot of them so, I bought one with good ratings and tried to connect it to my google home app and then I found out that they weren’t compatible and I would need to get a new one.

It was then I realized that I wasn’t the only one who would encounter this kind of problem. I knew there was only one thing to do, I had to do some research and find compatible security cameras that would work with the Google Home app.

In the next section, I will be discussing the best security cameras that work with the Google Home app.

This is the entry-level device and as the name implies this one requires a direct-wired connection to power it. While priced at $99 it’s not the most expensive lot on the market and it is widely available on the Google store and Amazon. It comes in four colors: white, pink, beige and green.  Sand with maple wood base is only available on the google store.

Some of its Features Include

This can be used from inside or outside of the house. It can either be used wired or wirelessly. The Nest team has really done a good job on this one, its sleek design and long battery life which lasts about three months are very good and it also comes with a magnetic mounting base. It’s been built to last through most weather conditions and is very durable. It’s available on the Google Store for $179.99

Some Useful Features Include

This is the most powerful version available, it has all the same features as the previous version but with some noticeable differences; this model comes with two LED 2400 lumen floodlights, and a 180-degree motion sensor, it has an IP65 water-resistant rating and only a wired mode. It’s available on the Google Store page at $279.99.

This camera is built to work both indoors and outdoors. This is a well-designed model with an improved camera and its square shape is cool and it allows for wider viewing angles.

It has a 1080p camera with a night vision mode and comes with a two-way audio setup and a motion sensor It works with Alexa and Google assistant. It has an IP65 water resistance rating. You can get it for about $36 on Amazon.

This is an advanced version of the original smart camera design, it comes with motion capture capabilities and the ability to “Pan” the camera from your phone. It has a sharp 1080p display, it has a WYZE app that sends notifications to your phone, and allows for remote viewing and local recording. It’s got 2-way communication and it’s compatible with both Alexa and Google assistant. It’s available on Amazon at $50

This is Arlo’s most advanced security camera. It shoots high-powered 4k videos with full HDR and night vision, it also has the widest field of view. However, it does require a smart hub to operate efficiently. It has a two-way communications hub and it comes with an integrated app to allow for remote viewing. Now, while it is priced at $288 on Amazon it is still good value for money.

A quick note before I leave; most smart home security cameras require a monthly subscription to get the full set of advanced features.

Another thing of note is that all devices don’t carry over subscription services as they are made by different manufacturers as such multiple devices will carry multiple subscription payments so, it is advisable to stick to a single producer.

There are many security cameras out there but there aren’t as many that are compatible with Google home, hopefully, with this list, you would be able to make an informed decision and which device works with your Google home setup.