How do I know if my Laptop has Thunderbolt 3? 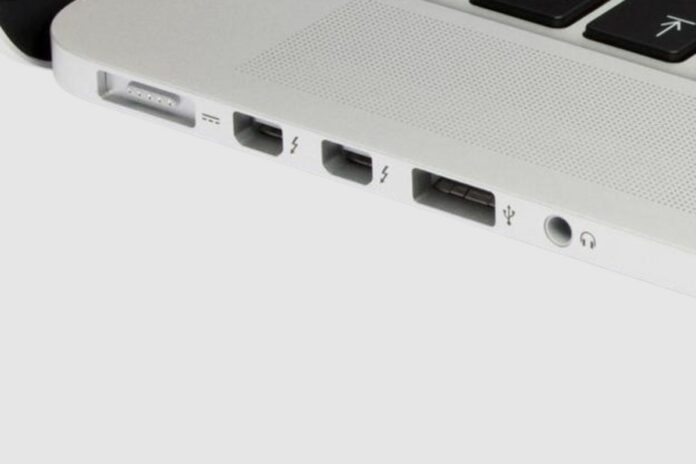 When this interface was developed, manufacturers had to pay a hefty premium to make use of the thunderbolt 3 port, that is why the port was seen on a few laptops, and the ones that had it were very expensive.

However, as of March 2019, manufacturers no longer have to pay Apple and Intel to implement the thunderbolt port. Meaning it will become a more widely available port that will be seen on more laptops.

How do I know if my laptop has thunderbolt 3?

Can you Add Thunderbolt 3 to a laptop?

Unfortunately, thunderbolt 3 can’t be simply added to a laptop. So, if your laptop does not have a thunderbolt 3 port, don’t attempt to try and add it. Only motherboards which have a chipset that supports thunderbolt can actually implement a thunderbolt option.

Is Thunderbolt 3 the Same as USB-C?

Thunderbolt 3 is a type of hardware interface that utilises the USB-C connector, but USB-C is just a Universal Serial Bus connector. In a vacuum, there is no comparison between the two of them, as even a thunderbolt 3 cable can even fit into a USB-C port. However, if we limit USB-C to a single USB technology, then we can at least make some comparisons.

The major difference between Thunderbolt 3 and USB-C is in terms of their transfer speeds. Thunderbolt 3 has a maximum transfer speed of 40Gbps, while the USB-C ranges anywhere from 5-20Gbps. This is because USB-C still supports a lot of the other USB-type ports, which all have varying speeds of transfer. Even the USB 3.2 Gen 2 2X2 super speed + has a maximum speed of 20Gbps.

What Does thunderbolt 3 do?

Thunderbolt 3 is a type of hardware interface that allows for high-speed transfers of data, the ability to charge your laptop, connect quickly to hard drives and different kinds of displays (like 4k and 5k resolutions), and other peripherals, like PCIe Gen 3 expansion cages, to your systems.

Thunderbolt 3 is able to interface with a wide variety of devices due to its high speed, which should theoretically bridge the gap between normal direct PCI connections and off-board connections. This would allow for more devices to make smoother connections; that is why most direct connections from high-end GPUs are made via thunderbolt connections.

USB-C is a connector that supports various iterations of USB technology, while thunderbolt 3 is its own hardware interface, but it uses the 24-point connections of the USB-C connector. The two don’t fall under the same categories, but if we are comparing the two in terms of speed, then thunderbolt 3 is significantly faster.

I hope you found this article useful, and I hope you are now all caught on the ins and outs of the USB-C and thunderbolt comparisons.