How Long Will a Reolink Battery Last? 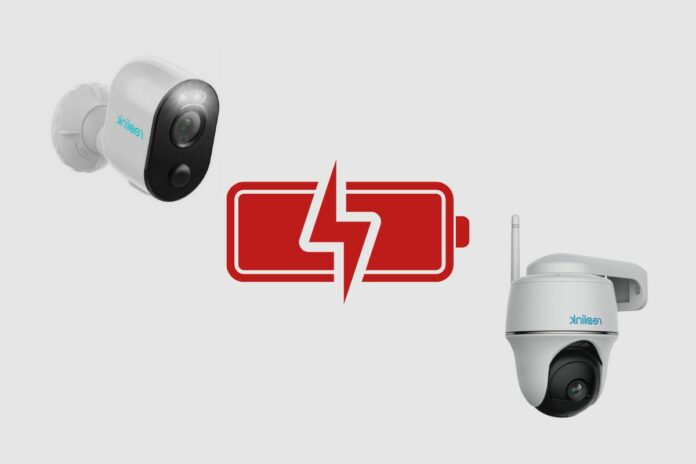 It is difficult to predict how long the battery on your Reolink device will last, so in this article, I will examine the battery life of Reolink security cameras.

How Long Will a Reolink Battery Last?

How Long Will a Reolink Go Battery Last

The Reolink Go’s batteries typically last for two months when on standby mode. This implies that neither the Reolink Software nor PIR-triggered motion detection would be available to your camera. The majority of Reolink cameras will go into standby mode to save energy. Additionally, the battery can be recharged at least 500 times without reducing its life.

However, when in normal use mode, it can last for 1-4weeks. This can be affected by your SIM card providers, working environments and the connection frequency. When in continuous live view, the battery will last about 10hrs in day mode and 7hrs with the IR lights on when it is in night mode, all on a single charge.

How Long Does the Reolink Argus PT Battery Last?

The Reolink Argus PT can last about two months when it is on standby mode, and it does not have access to the camera or motion-activated sensors. However, when the camera is being used normally, it can last for about 2-4 weeks on a single charge.

How Long Does the Reolink Argus 3 Pro’s Battery Last?

The Reolink Argus 3 Pro’s battery has an average standby life of about two months and a normal- use life of one to four weeks. However, the extent of the battery life largely depends on your usage and other external factors like network strength.

Can the Batteries on a Reolink Be Replaced?

Factors that Affect the Battery Life of a Reolink Security Camera

The four main things that affect the battery life of your security cameras are;

3.  Extreme Heat and Cold will always drain the battery on your Reolink security camera

4.  Always having your Infrared sensors on would drain the battery of your security cameras. So, make sure you install them in a well-lit environment.

2.  Install the Reolink Security Cameras Properly; if you don’t install your Reolink security cameras and PIR sensors improperly. You run the risk of increasing the frequency of a false alarm, and that would only make your battery drain quickly.

4.  You should Avoid installing your security cameras away from places that have a high volume of foot and vehicle traffic.

5.  Avoid placing your security cameras and PIR sensors near other outlets, like air conditioners and humidifier outlets.

7.  You should also set up a proper motion detection schedule; By setting up an effective Motion sensor schedule, you should be able to limit how long your PIR motion sensor is active. An effective schedule like having your motion sensor turned on when you normally go to sleep and having it turned off when you wake up would make the battery last longer.

8.  Make sure to keep your Reolink security cameras away from extremely hot or cold environments.

The Reolink Battery is reasonably long-lasting, but it is not the most powerful battery. As a result, you should keep some of the suggestions I’ve provided in mind. So you can make the most of the battery’s life.

You could also get a solar panel, which should provide an unlimited and continuous power supply to keep the battery on your Reolink security camera charged at all times. I hope you found this article helpful; if you used any of my suggestions, please let me know how it worked out for you in the comments section. Thank you very much.