Huawei P30 Pro Review: Is this Phone Worth Buying? 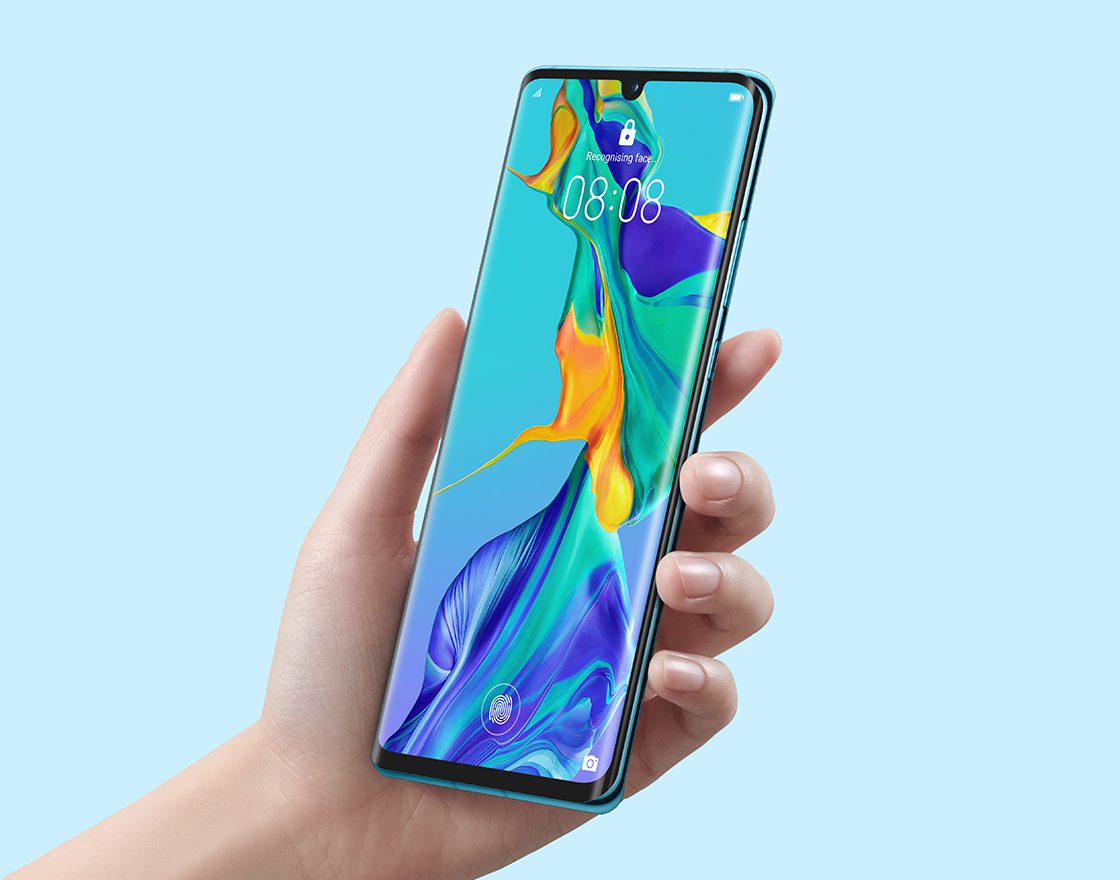 With the invention of  Huawei P30 Pro, Huawei is changing the stage of flagship smartphones and providing excellent options for your next phone upgrade. There is no doubt, that the P30 Pro is one of the exceptional phones that Huawei has ever produced. But the question is this; is this phone worth buying?

In this Huawei P30 Pro Review, I will be discussing all the facts you need to know. But before i get into the details and specification of this phone, let me start by reviewing a little summery of the Huawei P30 Pro smartphone.

In 2019, Huawei added P30 Pro to its arsenal of phones to take over the phone market conquer the empire of other phone makers like Samsung who is currently the King of the smartphone industry for a very long time, and now Huawei is getting to the point of snatching the crown from Samsung. The Huawei P30 Pro is a better phone in almost every regard.

The phone comes with better, improved, and fascinating features. It’s not only seen as a strong competitor but it’s also considered as one of the best smartphones available in the market and a big threat for other smartphone companies such as Google, Xiaomi, and even Samsung when it comes to comparison.  It’s extremely enhanced features can make you spellbound.

Personally, as a Huawei phone user, I’m overwhelmed by this handset. The phone is of top-quality if compared to other phones. Concerning its high-end specs, display, camera, HD resolution, storage space, performance, and processor this phone is one of the best smartphones to buy if you are thinking of purchasing a high-end phone.

So, why am I so sure about Huawei P30 Pro? Well, after trying out the phone myself, I decided to pen down this detailed review to share my thoughts with you about this phone.

Its unique design includes a wonderful screen, multiple cameras, which indicates the improvement made in this handset as compared to the previous model.

It’s not the best but isn’t worst either. The Huawei P30 Pro has a 6.47-inch OLED display with a 1080 x 2340 resolution, 19:5:9 aspect ratio, and 398ppi pixel density. Although it isn’t the best display on the market, still it produces clear and bright imagery, and text giving an enjoyable viewing experience.

Many of its flagship competitors have a higher-resolution display with QHD panels and 4K displays. For example, the new Galaxy S10 and S10 Plus have set their displays to Full HD+ as default.

If you watch a 4K video or play a graphically intensive game, the quality of Huawei P30 Pro won’t quite match other handsets; however, it still looks fantastic. So, P30 Pro isn’t of many disadvantages regarding display.

It takes you to another world of photography, providing you the best experience. Huawei P30 Pro camera is the big focus of this cell phone offering a significant upgrade. There are three main rear cameras: 40MP ultra-wide camera, a 20MP wide-angle camera for landscape shots, and an 8MP telephoto lens that’s capable of 5x optical zoom.

There’s also a 32MP selfie camera at the front of the handset, with an amazing low-light performance. The P30 Pro ToF (time-of-flight) sensor enables it to capture plentiful depth detail for enhanced portrait mode shots, with the blurred background while your subject in the foreground is perfectly in focus.

Hybrid zoom is another plus: Huawei P30 Pro camera offers a 10x hybrid zoom by combining the data from all sensors.  Surely, it’s the best zoom you can currently find on any smartphone.

Video: Disappointingly it lacks the skill of the still images though the video quality is improved as compared to the previous models. The better stabilization manages to keep footage very smooth, but the overall quality lacked any sort of punch. Nevertheless, this is easily one of the best camera phones, providing versatility in function, and reliably excellent shots in tough conditions

Coming to the display P30 Pro is made up of an IPS 6.7-inch matrix. Watching films, playing games on the high resolution of 1080 x 2340 will not only provide you a unique telecast experience but also are counted as a blessing. The phone’s massive octa-core processor works at a clock frequency of 2.6 GHz.

Curved protective Gorilla Glass and reduced super-slim bezel screen give it a similar attractive look as of the smartphones of Samsung Galaxy edge, plus, and note series. It feels thinner and narrower due to its curved edges and rear glass although its 158 x 73.4 x 8.4mm dimension makes it thicker than the Galaxy S10 Plus and iPhone XS Max.

Due to its aesthetic styling, it not only offers a good look but also feels classy in the hand too.

People with smaller hands have to make an extra effort to use the P30 Pro one-handed as it is a large and tall device. Even people with larger hands will find it a little tricky to handle, as the all-glass finish makes it slippery, and provides little grip.

However, a translucent silicone case included in the box with the phone will provide some much-needed grip to the phone, and light protection while not spoiling the design. The other benefit of the case is that it makes the rear of the phone smudge and fingerprint-proof, for which it’s something of a magnet.

However, the case offer is only available in some markets.

The Fingerprint sensor embedded in the display requires several scans for registering each digit. The process is a little time-consuming however you can use both thumbs and forefingers for your ease. Once the scanning is done, the scanner works with great speed, and accuracy.

On the right side of the cellular phone, you can see power and volume keys, which are easy to operate with the help of thumb or finger, though volume rocker can be a little bit of a stretch. There’s no headphone jack and on the bottom of the phone, a USB-C port is followed by a speaker on one side and the SIM tray on the other.

The SIM tray can hold two nanoSIM cards, but you can use the second slot as a nano SD card slot to increase the storage on the handset. Delightfully, a new expandable memory pioneered by Huawei is featured in this handset which is the addition of nano SD cards instead of micro SD cards.

The cards are little pricey and aren’t available at the moment but Huawei hopes that the new format will catch on in the coming years.

The phone has a massive 4,200 mAh battery and blasting performance. You get a 40W SuperCharge adapter with the phone that is capable of charging the handset by up to 70% in 30 minutes.

With the slightly lighter use, but still a decent slug of social media, and camera action you’re able to stretch the battery life for almost two full days.

P30 Pro has the most trendy reverse wireless charging feature that allows you to charge other Qi-compatible devices by the rear of the phone. As well as charging the other devices wirelessly, the phone can itself be charged via wireless pad. Although for the fastest top-up speeds you’ll still want to plug it in.

Coming to the software side this phone has an Android 9 Pie operating system with an EMUI interface, and a Kirin 980 chip which is as fast as the Snapdragon 855.  EMUI is much more refined, stable, and polished as compared to previous hardware/software.  It already has an app drawer which means there’s no need to install a custom launcher on the device

The phone comes in 128GB, 256GB and, 512GB of storage, and there’s also a nano SD format to increase the internal space. 256 GB built-in memory space along with 8GB of RAM makes sure that multi-tasking of the phone never gets interrupted or face a serious problem even running high graphic games, and applications.

Huawei P30 Pro has a unique feature of resonating speaker i.e. there isn’t an earpiece speaker for calls rather than the company has placed the speaker into the screen of the handset. This means that you have to raise your ear to the top portion of the display to hear the audio for calls.

Is the product worth it?

My honest answer is yes. But it’s still up to you! If the product fits into your budget, fulfills your expectations and demand, then I’ll say the phone might be a good choice for you. It’s a fantastic flagship phone that gives you a bigger battery, camera, and handy extras, such as Qi charging, and improved water-resistance rating.

Though the product has some down rating features still it isn’t the bad choice to make. With the features, today’s smartphones offer every detail does matter. This phone has no audio jack, not worthy screen resolution, doesn’t have a stereo speaker, 3D depth sensor, or USB-C.

Yet it still has other astonishing features. The above-mentioned features are noteworthy but for some of you, it might not be crucial. However, you can get a better phone than this at a similar price rate.

To conclude, P30 Pro is a stellar phone with exquisite design and one of the best cameras, with outstanding battery life, and top-notch hardware. Combing these features will give you a strong knockout phone.

With the invention of  Huawei P30 Pro, Huawei is changing the stage of flagship smartphones and providing excellent options for your next phone upgrade. There is no doubt, that the P30 Pro is one of the exceptional phones that Huawei has ever produced. But...Huawei P30 Pro Review: Is this Phone Worth Buying?