What is the Difference Between the Ring Alarm 1st Generation And 2nd Generation? 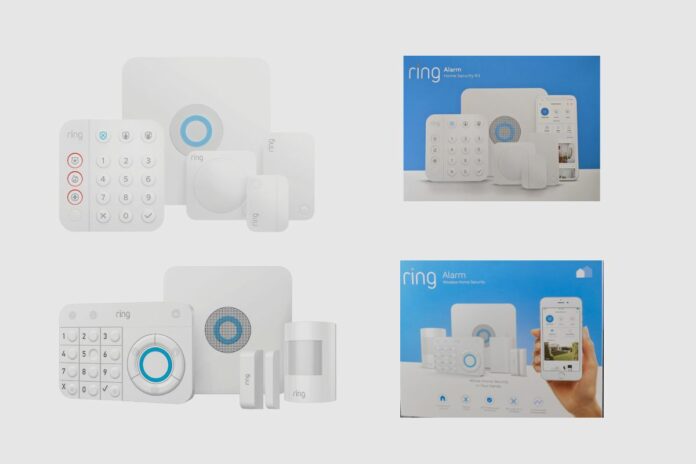 The ease and affordability of the Ring alarm system have made it a premier choice for many homeowners looking to set up a DIY security system. Its simple installation and user-friendly interface make it a great option for those looking for an effective and affordable security solution.

As one of the leading home security providers, Ring is constantly striving to innovate and improve its products and services. This commitment to excellence has helped make Ring one of the most trusted names in home security and has allowed the company to maintain its position as a market leader.

In this article, I will be comparing the features of Ring’s new 2nd Generation alarm system to the previous generation to help you decide if an upgrade is right for you.

The biggest changes that Ring has made between its 1st generation and the 2nd generation devices are in their design. This includes changes to the keypad, overall size, and battery type.

There has been a significant change in the design language of the keypad. The 1st generation design looked very cheap, the buttons felt unresponsive, and the home, away, and disarm buttons were not very intuitive.

However, with the new keypad (the 2nd generation), the overall build quality has been improved, the size of the device has been reduced, and the home, disarm, and away buttons have been improved, with a quicker reaction time to set commands.

All the devices have been given new batteries, which are also set up with their size changes as Ring have done away with the clunky 1st Gen CRI23 Batteries in all of the devices and have swapped them for individual battery sets.

The square motion sensor now uses a pair of AA batteries to power them, while the contact sensors all make use of a pair of “20302 buttons” batteries. Now, Ring has also announced that all their sensors will still last up to 3 years on a single battery. Although this still varies greatly depending on use, but they all still last very long.

What are the Main Differences in Terms of Features?

There aren’t too many changes in terms of their features as most devices still make use of relatively the same software to operate; nonetheless, Ring has still made some minor yet crucial improvements.

What are the Key Differences in Terms of Installation?

The physical installation process is still relatively the same; all devices come with an adhesive point to stick it on to flat surfaces and a mounting plate that comes along with screws so you can screw it onto hard, uneven, or rough surfaces.

Aside from that, there really aren’t any changes in its installation; the app setup is still the same so long as you are close to your base station and you are connected to it all you have to do is add devices, pick the device or sensor you want to connect to, scan the QR code on the back, connect the USB cable to your device and sync up your connection it’s as simple as “A” “B” “C”.

What are the Main Differences in Terms of Pricing?

Both devices offer similar security coverage, but I feel the Ring 2nd Gen shades it as it has the improved range and connectivity along with its far superior keypad design and layout as well as quicker response times ahead of the 1st Gen.

Which System is Easier to Use?

In terms of control options, both devices are on a similar footing as each device can easily be controlled right from the app. However, the Ring alarm 2nd Gen shades it again because of the useful improvements made to the entry keypad; nevertheless, both devices are still easy to use.

Which Device Offers the Best Value for money?

Although the Ring alarm 2nd generation model is more improved than the 1st generation, the differences between both are minimal. This means that the 1st Gen model is still not obsolete, so trading in your first Gen model might not be the best choice in terms of value for money.

However, the 2nd Gen model still provides better coverage. Aside from that, the Ring alarm 1st Gen is still a competitor and now a cheaper option.