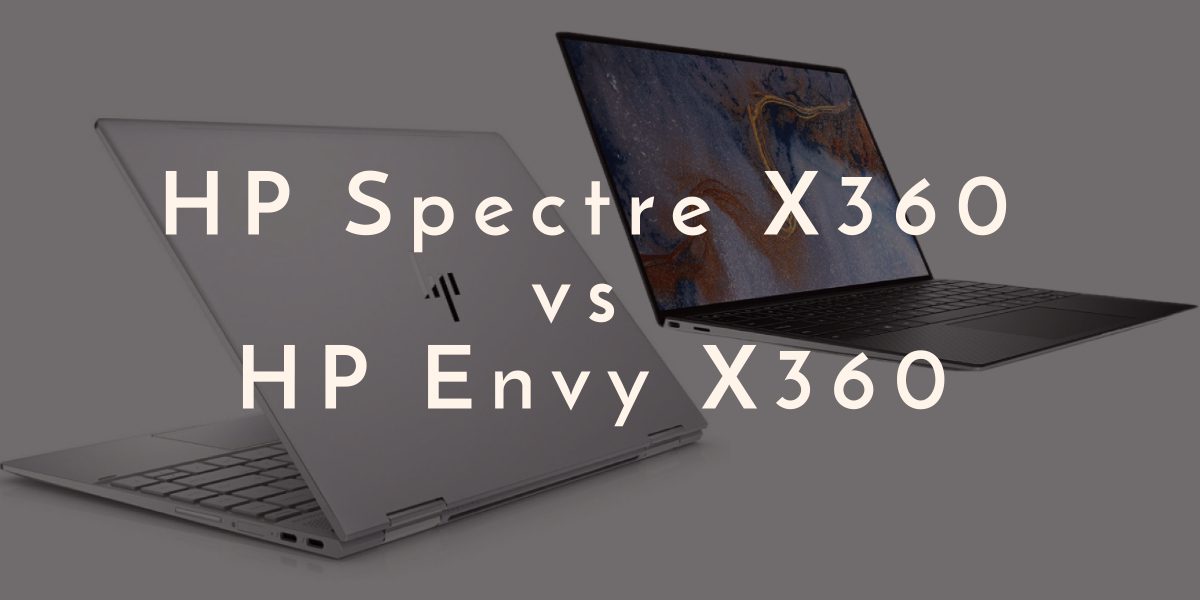 Many believe that an expensive product performs excellently. For example, Envy X360 is not pricier than other laptops in its category. Yet, it delivers everything you desire from a premium gadget.

One unique feature about Envy X360 is its massive 13.3 inches display. Some other characteristics include prolonged battery life and lovely design. Due to its unrivalled value, some question the relevance of HP Spectre X360, a similar product in its category.

On the other hand, Spectre X360 is a portable unit and the best so far. That is because it has a striking design and outstanding performance. But, it is more expensive than the HP Envy 360. Thus, many expect it to perform more than its counterpart.

What makes the HP Spectre X360 different from the HP Envy X360? Read on to learn more. 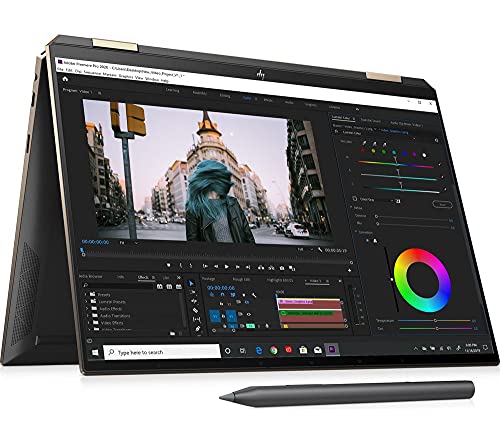 Overview of the HP Envy X360

With the convertible HP Envy X360 laptop, you are good to go. You can get it either 13 or 15 inches. Meanwhile, its unique design gives you an edge over others without bargaining power. Besides, you will have the opportunity to choose between the AMD Ryzen and an Intel processor. And be able to manoeuvre different multimedia jobs easily.

Further, the model comes with four diverse modes. They include a laptop, tent, stand, or tablet. Each of them has numerous advantages to make work easier. And to ensure the safety of your jobs, it comes with a fingerprint reader. Other characteristics that accompany this laptop is an IR camera and a privacy screen. With these features, you will get protection against hackers and phishing.

If you add it to Windows Home 10, you will be satisfied with this versatile laptop. Notwithstanding, it comes with a USB 3.1 Type-A port and USB Type C port. Additional features include double storage support, fast WiFi speeds, and quick charge.

Overview of the HP Spectre X360

One of the most outstanding models is the HP Spectre X360. Due to its Intel Core i7 processor, you will get the performance of a standard unit. With its thermal settings to monitor power, your gadget will perform smoothly and quietly. Also, you can select any model you want, be it quiet, refreshing, or performance. Additional features include Windows 10 Home 64, MicroSD card, and up to 512GB SSD.

Its gem-cut aluminum design is quite appealing and includes a privacy screen. For video chats, you can turn it on or off using the IR camera.

As for the battery life, it can last you for more than 11 hours. Therefore, you can take time and watch what you want after a stressful day. 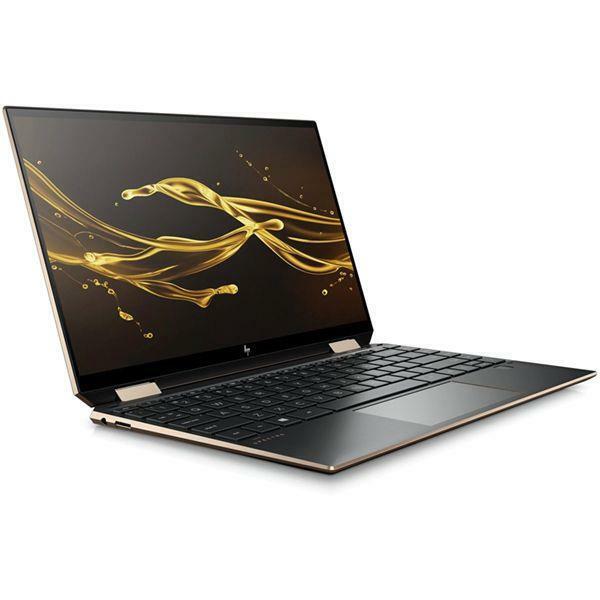 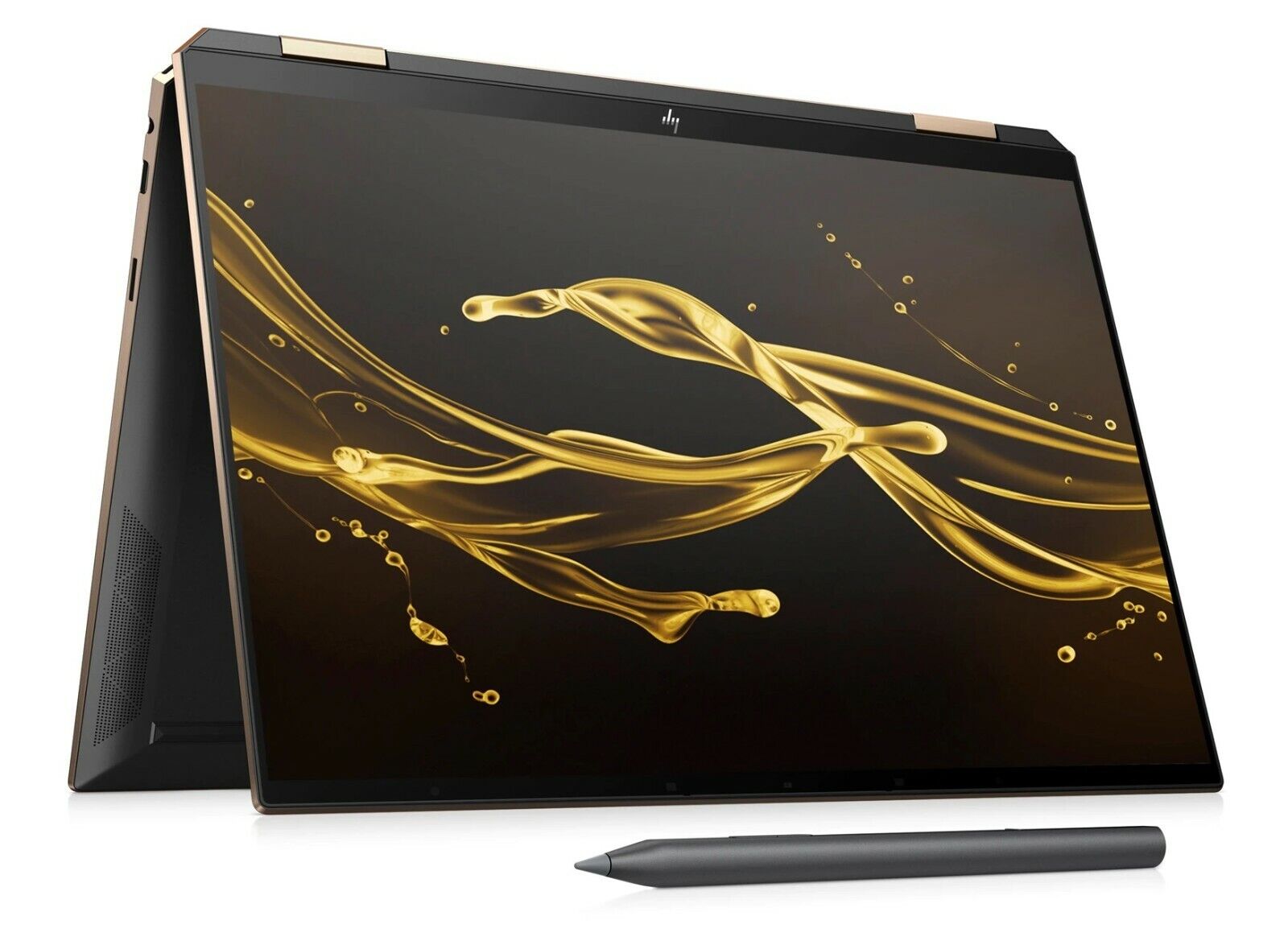 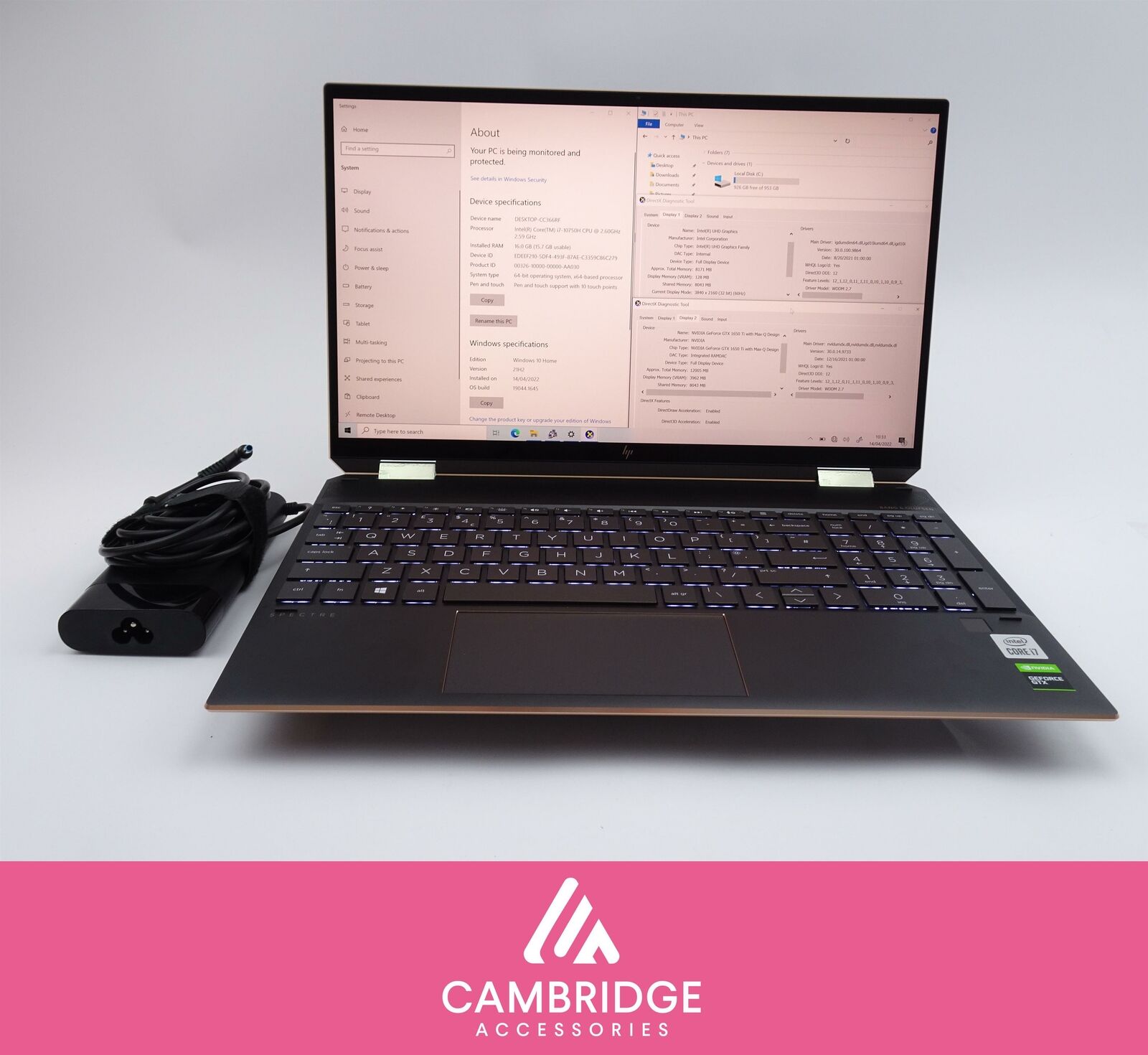 In terms of design, the XP Spectre X360 has a metallic structure. Few models exist that are classic yet, practical like it. Sincerely, its casing should be in a watertight glass at the entrance of a jewelry shop. By taking a closer look, you will find out that the manufacturers took the time to design it. By looking further, you will see details that make it stand out among others. From its chamfered sides to its caved sections and chrome-lined touchpad, indeed, this model is unique.

On the other hand, the HP Envy X360 has an all-aluminum design. Thus, it is sturdy with a substantial feel that is not available on other models. Surrounding the monitor are thin bezels to give it a stylish look. Also, hostile angles and appealing scents provide it with a modern appearance.

Fortunately, Spectre X360 comes with thunderbolts without any sacrifice. And the left side has a headphone/mic jack and a USB 3.1 Type-A port. On the right side, there is a micro SD card and two thunderbolts three ports. Also, this model comes with a kill switch webcam by the side.

Unfortunately, the Envy X360 lacks a Thunderbolt 3 port. On the right side lies a micro SD card and a USB 3.1 Type-A port. On the left side are another USB-A port and a headphone/mic jack. However, the presence of a USB Type C input makes it different from Spectre X360.

In short, the keyboard on these products looks similar. HP provides one of the best typing adventures on these laptops. Also, this model’s touchpad is aided by Windows precision operators. Each of them responded quickly during tapping and swiping. But, the Spectre X360 has the upper hand because its touchpad has a smooth glass covering. On the other hand, Envy X360 has a mylar plastic surface.

Both of these models come with long-lasting batteries. In short, you do not have to worry if you leave the charger behind. In terms of endurance, the Spectre X360 has a considerable advantage. Fortunately, it can last for about 13 hours and 20 minutes.

Differentiating between the HP Spectre X360 and HP Envy X360 might be difficult. Yet, there are still some component features that distinguish the two. For example, the HP Spectre uses thunderbolt three, while HP Envy X360 uses USB Type C connectivity.

Whatever the case, the difference lies in the components. So, study the comparison table to spot it out.

Zeeshan Yousaf
Zeeshan is the founder of the Tech Guru Guy blog. He writes articles about the latest technology gadgets such as laptops, smartphones, home security, tablet devices, headphones, and much more. He has been at the forefront of technology for the past 10 years, working diligently to create quality content for his audience. He is addicted to reading books and watching movies, but not as much as he loves posting content on his blog. He loves playing cricket and table tennis. You can always contact Zeeshan via Tech Guru Guy's contact page.
RELATED ARTICLES
Blog

Is the Asus VivoBook a good laptop?